Looking through my journals and email, I found out that I was wishing for a lot of good things to happen. I claimed to be “hoping,” but I did not/could not be confident the desired outcome would happen. That is not what hope is about. Hope is more than wishing. [Want to know more? Click here.] 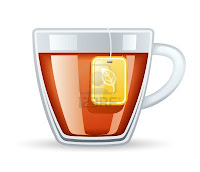 In reading part of the gospel of Luke each day, I’m learning a lot about what our lives should be filled with. In Luke 12 it deals with being filled with God and not self:
“Just then God showed up and said, ‘Fool! Tonight you die. And your barnful of goods –  who gets it? That’s what happens when you fill your barn with self and not with God.’”
I asked myself, What would someone see when they opened the doors to my barn? What am I filling my barn with? If it’s God, then my life should look more like God and Jesus. What is there inside me when people look in? Godly faith? Distraught fear? Corrupt self? Probably people would see some of each. Thank God it’s a process and not an all or nothing situation. In Alcoholics Anonymous there’s a saying: “Progress not perfection.” That’s what I’m striving for, progress; maybe it is slow but steady change. I need to work toward being filled with more and more of God. Then what is inside of me will overflow the barn doors and others will also see more and more of God in my life.
Farther into Luke 12, it says, “Steep yourself in God-reality, God-initiative, God-provisions.” How does someone steep in God-reality? As I thought about this I realized that it’s really pretty basic. We find God showing up in our lives when we are regularly involved with Him in our lives; regular and frequent involvement in our lives. There are several ways for me to do this. Where do I see and recognize God-reality the most? In the Scriptures, so I need to be reading my Bible regularly, dare I say, daily, or multiple times per day. Also, there’s meditation and prayer. If I can keep an attitude of conversation with God my conscious contact with God greatly improves. Listening and talking to God as I go throughout my day is a great way to experience God-reality.
So today, and for the next 24 hours, I’m going to try to remember to pray and listen to God once each hour I’m awake. I set my alarm on my phone for each hour and I will pause and listen and pray. That’s one way to steep myself in God-reality. It’s one way to try to keep putting the things of God in my barn.
[Quoted Scripture from The Message]
Posted by Mary B. Grimm at 2:00 AM No comments:

Email ThisBlogThis!Share to TwitterShare to FacebookShare to Pinterest
Labels: Meditation, Prayer, The Word

I really don’t like to talk politics in my blog, but I do try and talk truth. Some advertisements regarding Michigan’s Proposal #2 are downright lies. That bothers me. Really bothers me. It bothers me enough that I have to say something.
This proposal has nothing to do with child safety, yet these advertisements say things like voting yes on the proposal is the same thing as putting criminals to work in schools. That is ridiculous. Utterly and totally false. None of the precautions in the laws of Michigan that require background checks on school employees will be even touched by what Proposal #2 will do.
In many ways the assertions of the false advertisements are designed to evoke an emotional response in people. Not a logical, reasonable response, but an emotional response. People should not vote based solely on their emotions. People should not act in any way based solely on their emotions. That’s what I’ve been taught and that’s what I try to do.
Admittedly, I have trouble listening to my emotions. I often act only out of logical thinking. That’s not necessarily the best way to do things either. I’m not trying to say it is. But, I think some logic, serious thought, and some honest assessment of the facts needs to be a part of our decision-making processes.
To vote in this election, on this proposal, on every ballot item, please use some honest fact checking and base your votes on the truth and not on advertisements that are designed to get you to vote without thinking.
Again, let me say that Proposal #2 will not put children in danger in any way, shape, or form. It will protect children by allowing teachers to negotiate class size, police to get needed equipment, and firefighters to use the best possible techniques and technologies to provide safety for all involved.
Vote Yes on Proposal #2.
Thanks for indulging me my first, and probably last, politically motivated post.
Posted by Mary B. Grimm at 2:00 AM 1 comment:

On Sale at Lulu.com

by Mary B. Grimm
FROM THE FOREWORD: Mary’s journey has involved facing the dysfunction of her family of origin, her ways of coping through addictions and compulsions, wrestling with diabetes and bipolar disorder. In the process she has gleaned valuable, hard earned truths. Her willingness to offer these truths to you and me is a gift that has come at great cost.